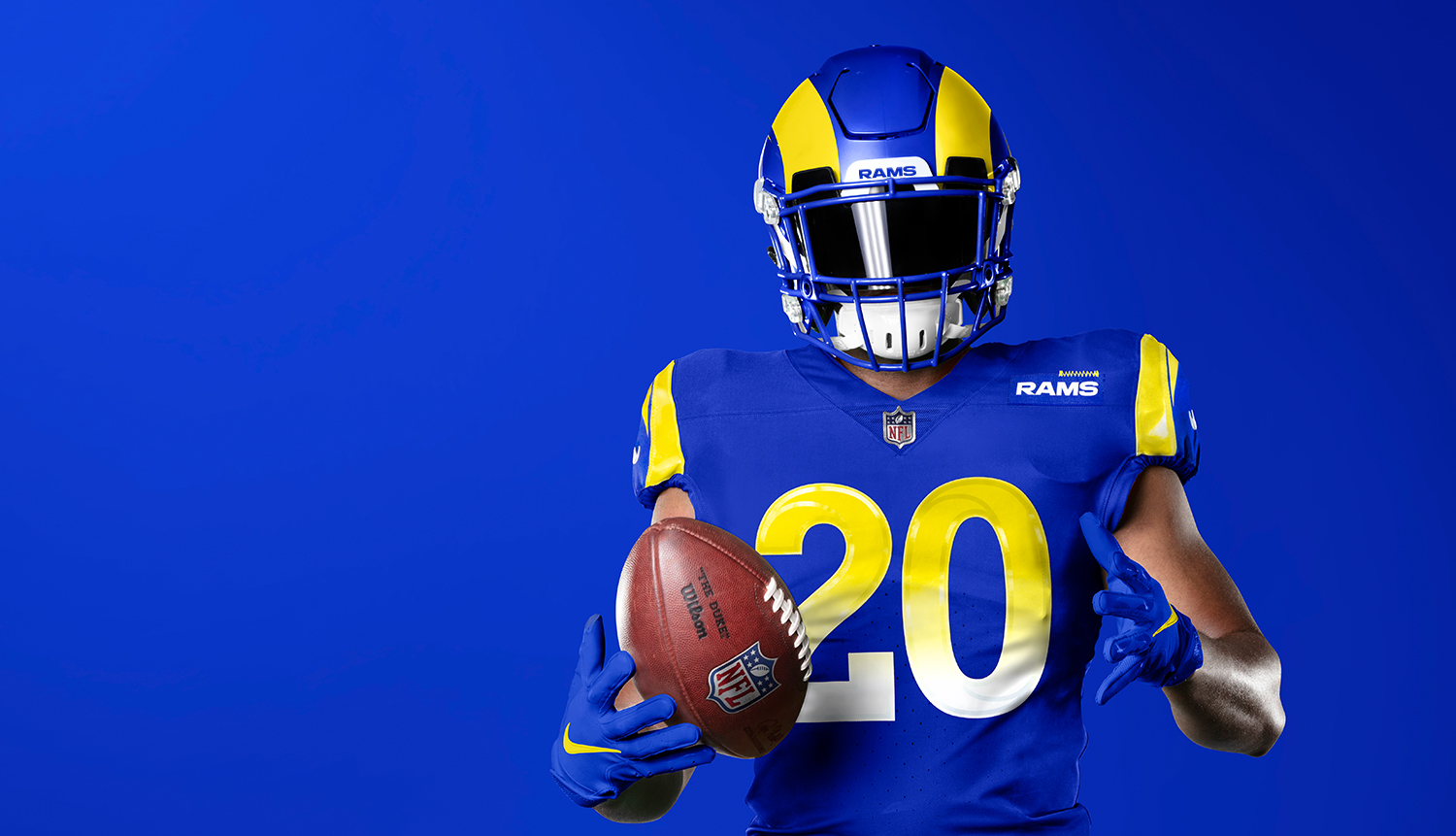 The American professional football team Los Angeles Rams have been living in our hearts rent-free. They have won several national football leagues, commonly known as the NFL. Their popularity increased significantly when they defeated the Cincinnati Bengals in the event of super bowl LVI, after which they became team number 2 to have won the super bowl in home conditions.

This victory gained Los Angeles a ton of fans from all over the world, and they all wanted to buy the ram jerseys so that they could wear them with pride and be a member of their fan base. If you are a Rams fan too and want to know what merch is currently available in the market, skim through the paragraphs below to collect your gear!

Ram jerseys have been long in fashion ever since Los Angeles started playing in the national football league. Their uniforms have constantly been upgraded after the first jersey, but the primary colors have been kept the same ever since. These primary colors are; blue, white, and yellow. The most popular ram alternate vapor jersey is the white Aaron Donald jersey featuring a big 99 on the back and the front. The shirt comes in a V-neck style with yellow half-sleeves and a dark blue strip on the shoulder seams.

The blue Nike super bowl jerseys are trendy, too, and most people order the Cooper Kupp 10 jerseys. You can also get your name and lucky number on the back and front to make it personalized. Some jerseys are also available in grey color.

The popularity of the team can be seen from the variety in their merch. And according to this merch, Los Angeles is quite popular. There are different types of caps available, like an adjustable visor, tucker fitted hats, cuffed knit beanies with pom and without pom, simple adjustable hats, and cuffed knit hats. All these different hats are available in different colors and but every one of them is imprinted with an LA and wood mark logo. The merch for women is also available in pink colors, and you can also buy a trooper ear-knit hat for kids.

For specific winter apparel ram, merch includes kangaroo pocket pullover hoodies, zipper hoodies with and without high necks, and a full snap jacket. All these hoodies and jackets feature the basic blue, yellow and white colors. The jackets are relatively plain and feature a logo on the front and Los Angeles Rams text on the back.

These marches’ are not only for men; instead, there are many articles made especially for female ram fans. Women can buy long-sleeved baggy t-shirts which end on mid-thigh. A lace-up t-shirt and oversized sweatshirts are also available. There are pink ram hats made for women and children too.

Other than jerseys, t-shirts, sweatshirts, and hoodies, there are many other articles that are very popular among fans. Ram pillow covers and pullover blankets in yellow and blue colors are very cool. You can also see water bottles, leggings, and posters with the LA Rams logo. If you’re a die-heart Ram fan, you should definitely get this limited-edition merch.

Alice Love is a general of life. She loves to share her experiences with others in the hopes that they can learn and grow from them. She has had many adventures, both good and bad, and she is excited to share them with the world.

5 Key Things to Consider When Purchasing a...

All You Need to Know About 500-ohm Resistor.

How to Put on Undetectable HD Lace Frontal...

What Is a Jump Starter, And How Does...

10 Ways To Break Your Own Heart